Loading your data. This may take a few seconds. Cancel 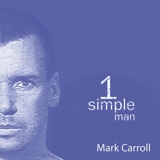 Mark is the recipient of The John Lennon Award for outstanding new songwriter issued by The Performing Rights Society presented by Yoko Ono.MP3 PEOPLE IS HIS SOLO ALBUM. He is an actor by profession and has worked in all aspects of theatre television and film. Two of his compositions have been performed by the Royal Philharmonic Orchestra and two more recorded by Ruthie Henshall on her album Pilgrim which he also produced avaiable on Itunes.He has also written 4 musicals.

The Attic received its world premier in Utrecht 2014 to amazing reviews by the company Starlight-Boulevard.

On May 27th his musical Duncton Wood , based on the best selling novel by WIlliam Horwood receive its world premier at The Union Theatre London

We also work shopped Act One and presented it at The Prince Edward Theatre.

you can listen to all his work on soundcloud

All his workshops and premiers to date have been filmed in HD on multiple cameras and can be viewed on his YouTube channel.

Elsewhere on the web